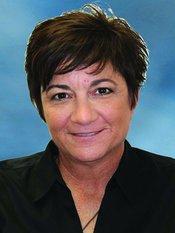 Dr. Tara Watson was named Chief Operations Officer in February 2018. Prior to this appointment, she served as Chief Academic Officer for four years.

Dr. Watson has been an educator for nearly 25 years. While in her home state of New York, she taught middle school math in both a traditional middle school setting and in an alternative school.

Dr. Watson has called Tennessee home for more than 20 years during which time she has taught both mathematics and business courses, served as a district math coordinator, assistant principal and principal.

Although she left the classroom for administration, Dr. Watson still enjoys teaching. She has worked as a consultant with districts throughout the state instructing K-12 math teachers. She also serves as an adviser to doctoral students for Trevecca Nazarene University.

Personally, she has two sons. For four years her older son has been serving our country as a member of the Air Force. Her younger son is in college.