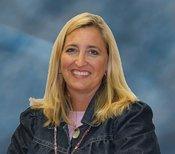 Stacy Brinkley was named the Assistant Director of Schools in February 2018.

Brinkley has been in education in Cheatham County for more than 20 years.

She served as the Curriculum Coach at West Cheatham before becoming the Principal at Kingston Springs Elementary School.

Personally, she has two children, who have both graduated from Cheatham County Schools and two dogs that are more like members of the family.

Brinkley is a lifelong resident of Cheatham County and her goal is to serve the people and her community.